An all in one cable solution for playing Dreamcast games in 480p mode via RGB SCART. This incorporates a circuit which converts the VGA outputted by the Dreamcast to a combined sync to achieve a 31KHz progressive scan mode for use on SCART equipment which accepts 31KHz/480p like the OSSC and Framemeister for example. It also has a selector switch for switching between interlaced and progressive scan mode or 15KHz/576i and 31KHz/480p, so you can still use this cable on a SCART TV but in 15KHz/576i mode only.

This cable supplies an RGB video signal and stereo sound from your Sega Dreamcast (PAL/NTSC) which is far superior than the original video cable. This cable is screened to minimise external interference and cable crosstalk between signals. This is achieved by using our new PACKAPUNCH cable which has individually shielded wires for RED, GREEN, BLUE, SYNC, audio left and right and also the DC voltage line which is used for RGB selection on your video receiving equipment.

Made in Great Britain. This is not an official Sega Product. The SCART Printed Circuit Board Design is Copyright © of Retro Gaming Cables.

*Disclaimer - 31KHz/480p mode does not work on regular consumer grade SCART televisions. Instead you will need to use a device like the OSSC or Framemeister to take advantage of this function, however this cable will still work on a SCART TV but in the 15KHz/576i mode only.

Check out our custom Dreamcast from R.A.W. TALENT ART! Find them on Instagram. 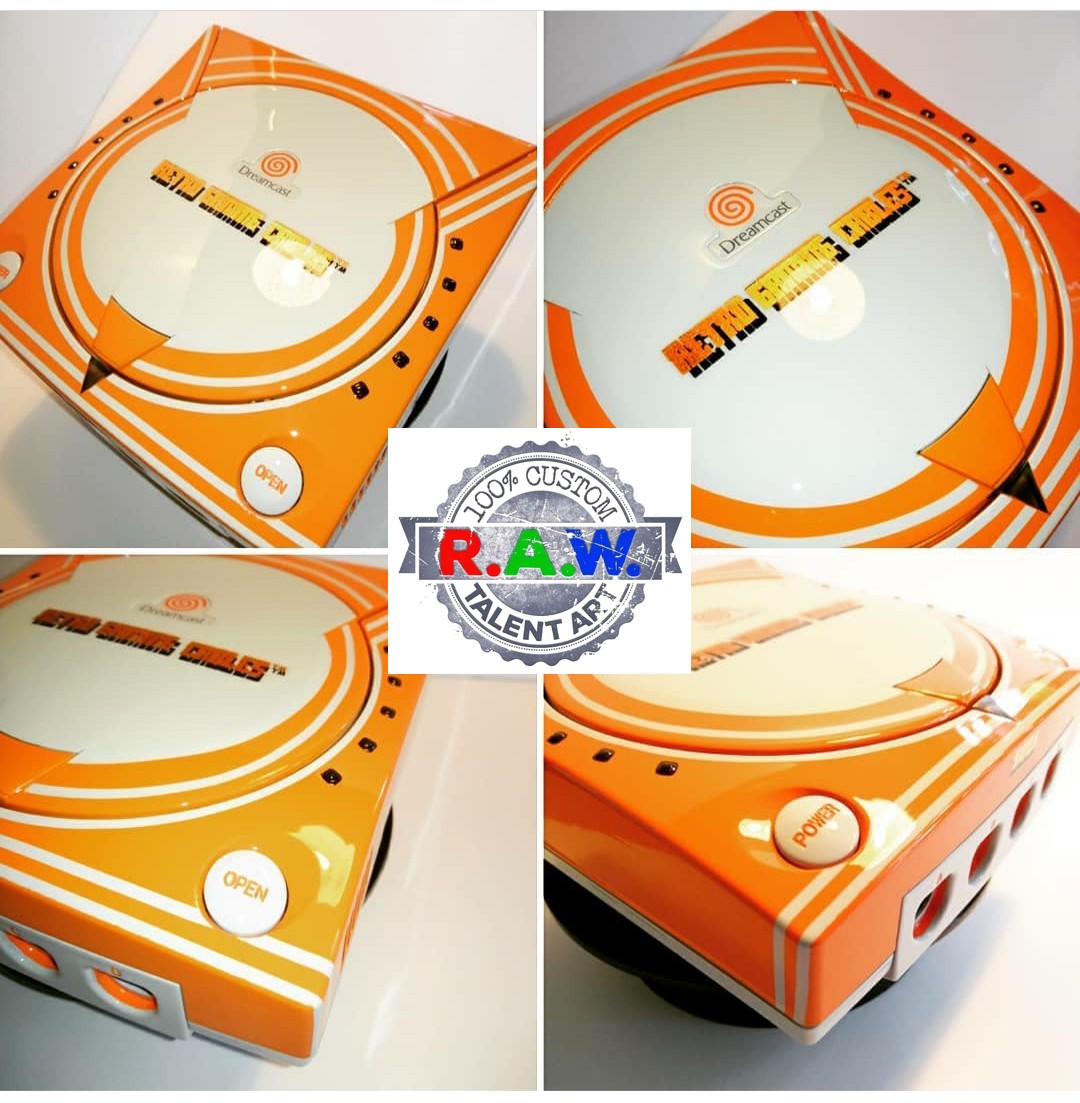