To enable the of connection of multiple classic games consoles and computers to Sony PVM monitors which have BNC inputs for RGB and Sync via a SCART switch. This BNC converter cable is also suitable for other professional monitors which accept R-G-B plus separate sync signal via BNC inputs. The video signals, Red, Green, Blue and Sync are outputted via BNC connectors and the left and right audio is outputted via two separate phono plugs. Each wire is individually screened using copper braided shielding to minimise interference and the connectors are gold plated to maximize the operating lifespan of the converter. This adapter allows the connection of games consoles and micro computers which use European RGB SCART cables, such as the Sega Mega Drive, SNK Neo Geo and Super Nintendo / Super Famicom consoles.
This cable can also be used for MAME projects, as this will allow you to connect a PC to an RGB tube / CRT TV mounted inside an arcade cabinet via an Extron VGA to RGB down-scaler.
SCART CONFIGURATION - This cable now incorporates a directional switch.

If your monitor has a mono sound input only you will need a stereo to mono adapter. PVM models which require this adapter include the PVM20M2MDE & PVM14M2MDE. 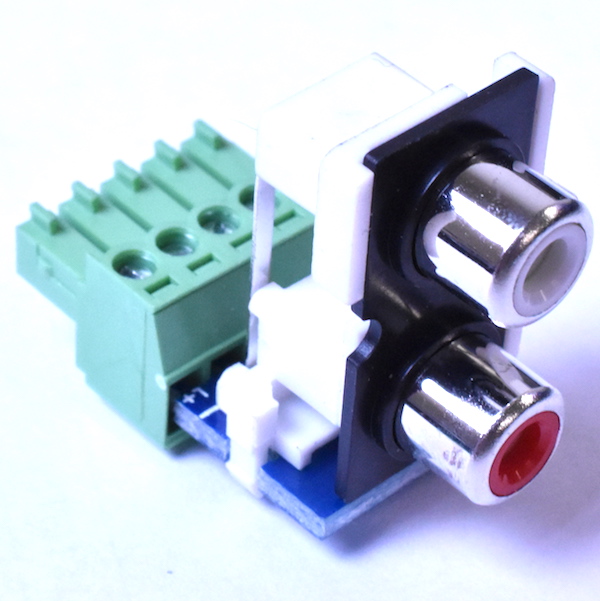 We now offer a plug and play solution for the audio in on an Extron, which is an RCA / Phono to Phoenix adapter. Which is available as an input or an output here. 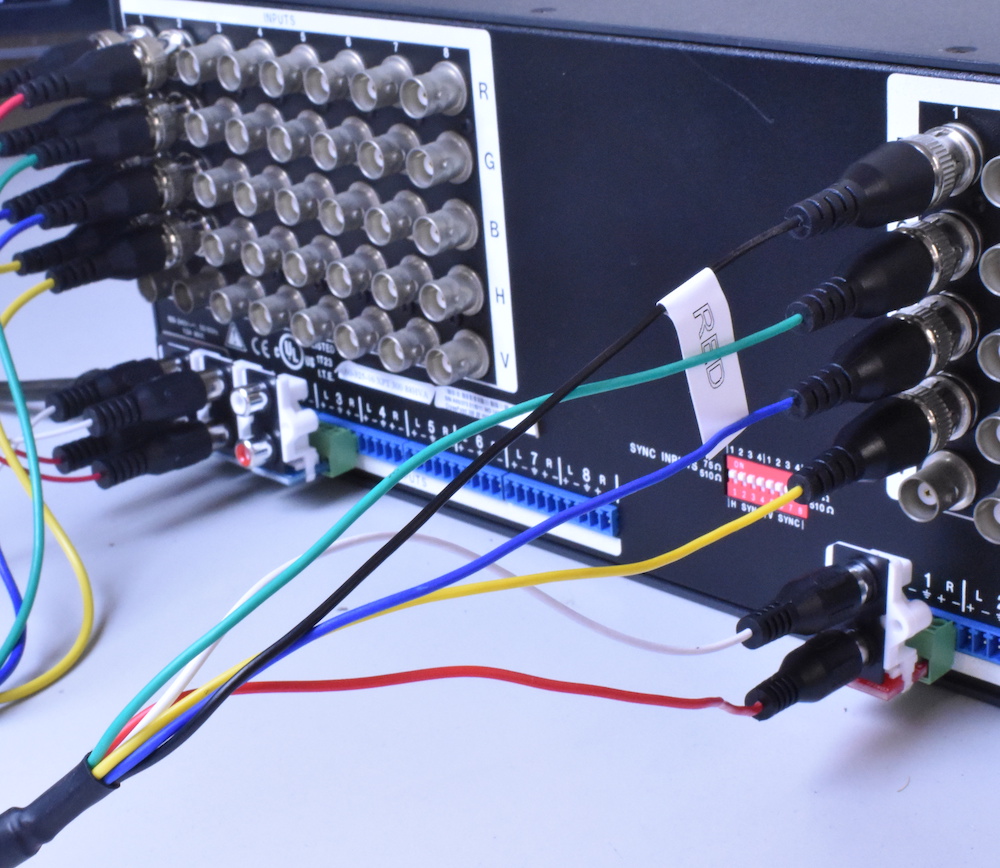 All cables are tested before dispatch.

To enable the use of RGB games consoles and RGB computers on Sony PVM monitors which have BNC inputs..

Female SCART to BNC adapter breakout cable plus built in sync separator LM1881.To enable the use of ..

To enable the use of RGB games consoles and RGB computers on Sony PVM monitors including the Sony PV.. 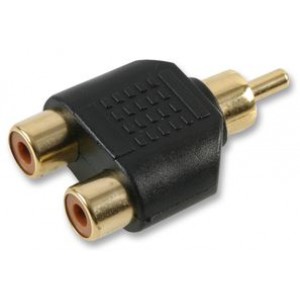 Stereo to mono adapter for use with the female SCART to BNC adapter cable. This is for instances whe..

Female stereo to female stereo adapter for use with the female SCART to BNC adapter cable. To allow ..

Female phono/RCA to female BNC adapter plug which will allow the connection of phono/RCA cables into..

Some professional monitors have an "in" and "out" BNC sockets for each R-G-B-S signal. If the "out" ..

To enable the use of RGB games consoles and RGB computers on Sony PVM monitors including the Sony PV..

Stereo RCA/Phono to 3.5mm stereo jack adapter for use with the female SCART to BNC adapter cable. Th..

5 way audio connector for use with the range of Extron Matrix switches. These can be used on the aud..