How to connect Sega consoles to various TV's and upscalers

Unlike Nintendo who used the famous 12 pin MultiAV format for their range of consoles, Sega implemented a variety of different DIN sockets for each console.
For example the Mega Drive 1, Genesis 1 and Master System 1 all use the same 262 degree 8 pin Large DIN format, whereby all three consoles can all use the same RGB SCART cable. The more common 270 degree 8 pin Large DIN used on the Neo Geo consoles is not compatible with any Sega systems, as two of the pins are aligned differently. See below. 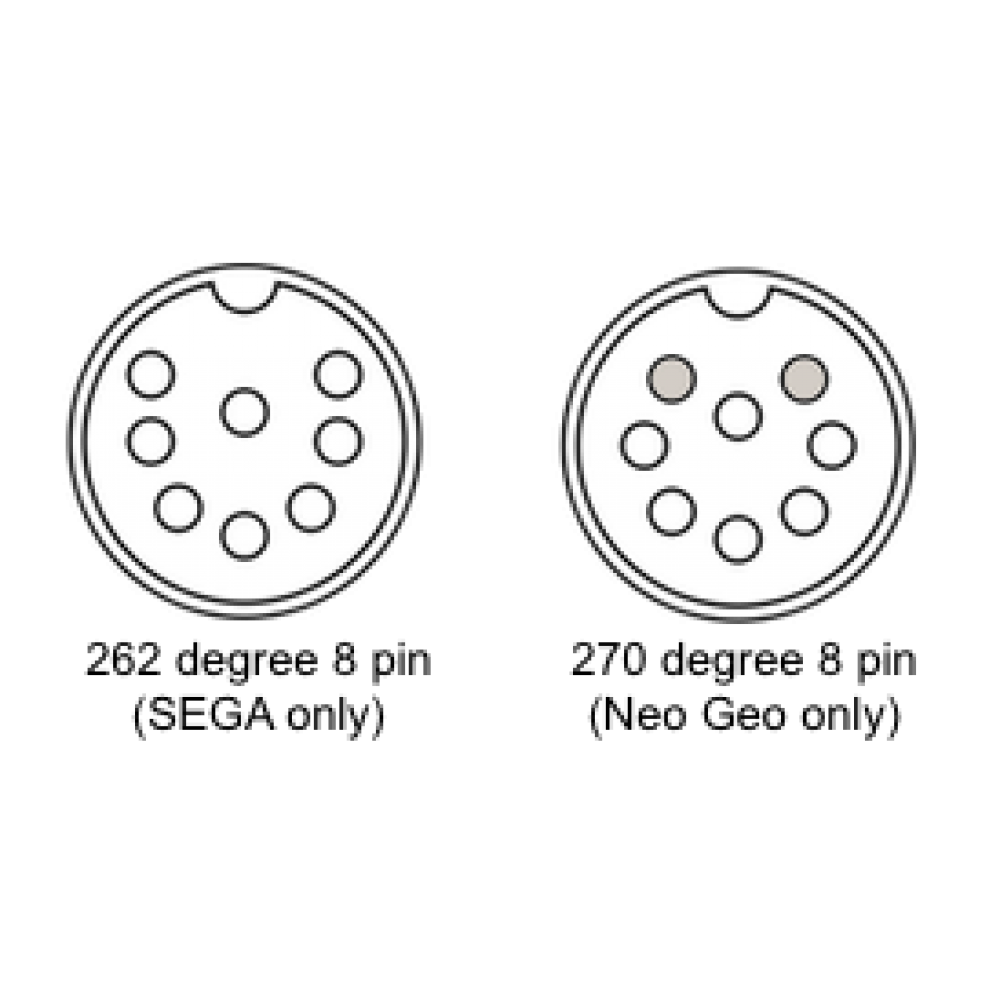 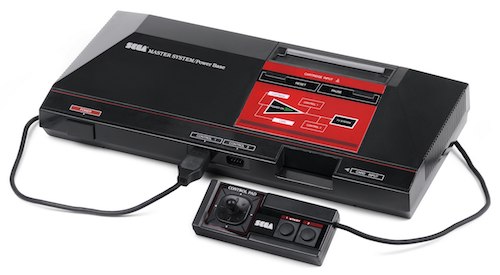 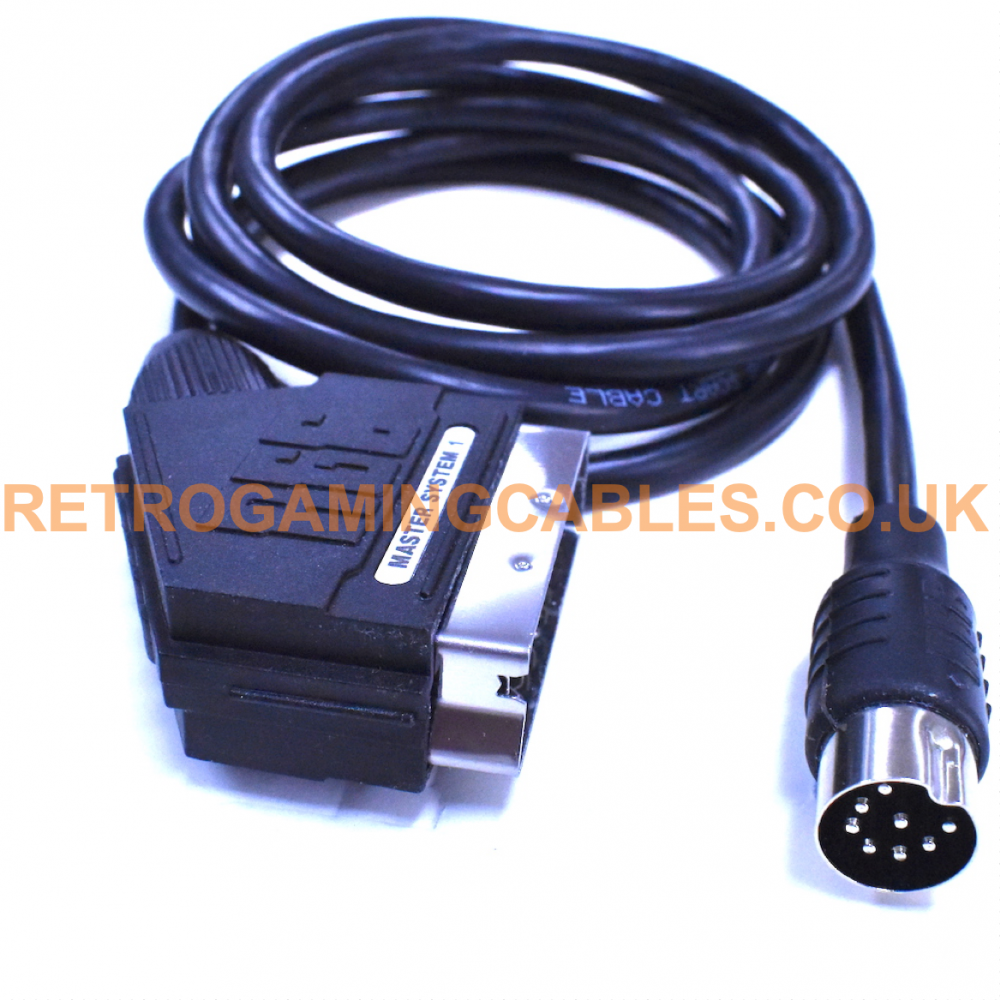 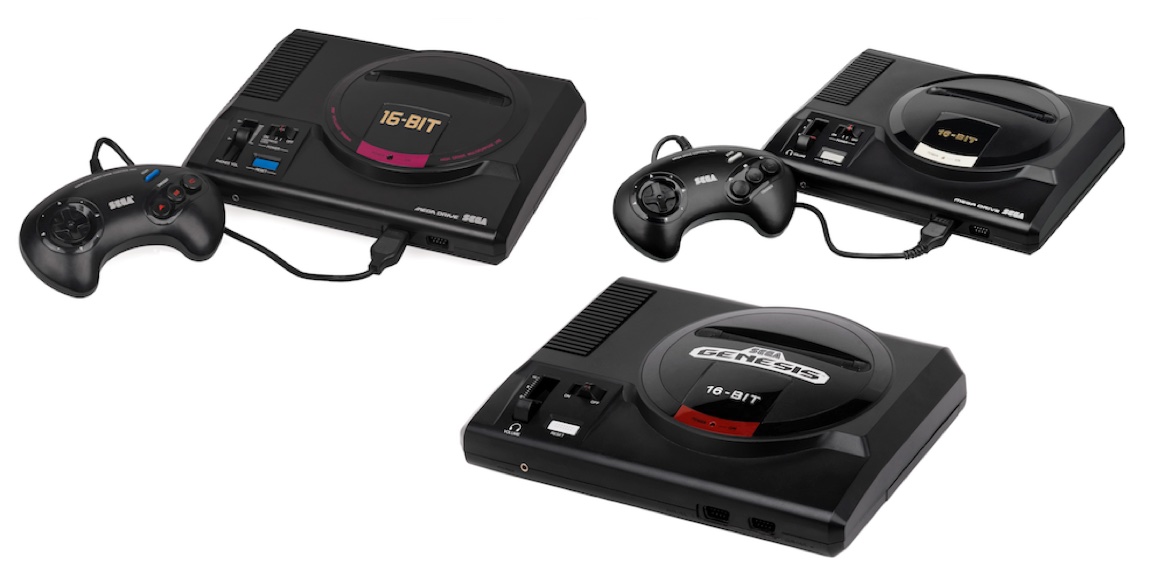 The Sega Mega 1 and Genesis 1 use the same video output port as the Master System 1, therefore our Master System 1 RGB SCART cable is also compatible with both the Genesis 1 and Mega Drive 1, however we do have a separate listing here for the Genesis 1 / Mega Drive RGB SCART. These cables are identical, however, they have custom labels on the SCART plug for easy identification.
Unlike the Master System 1 the Genesis 1 / Mega Drive 1 are capable of output stereo sound via the headphone socket located at the front of the console, so we supply a stereo version of this cable here. In addition to SCART we also offer component YPbPr video cables, RGB BNC cables and HDMI solutions using our RAD2X. 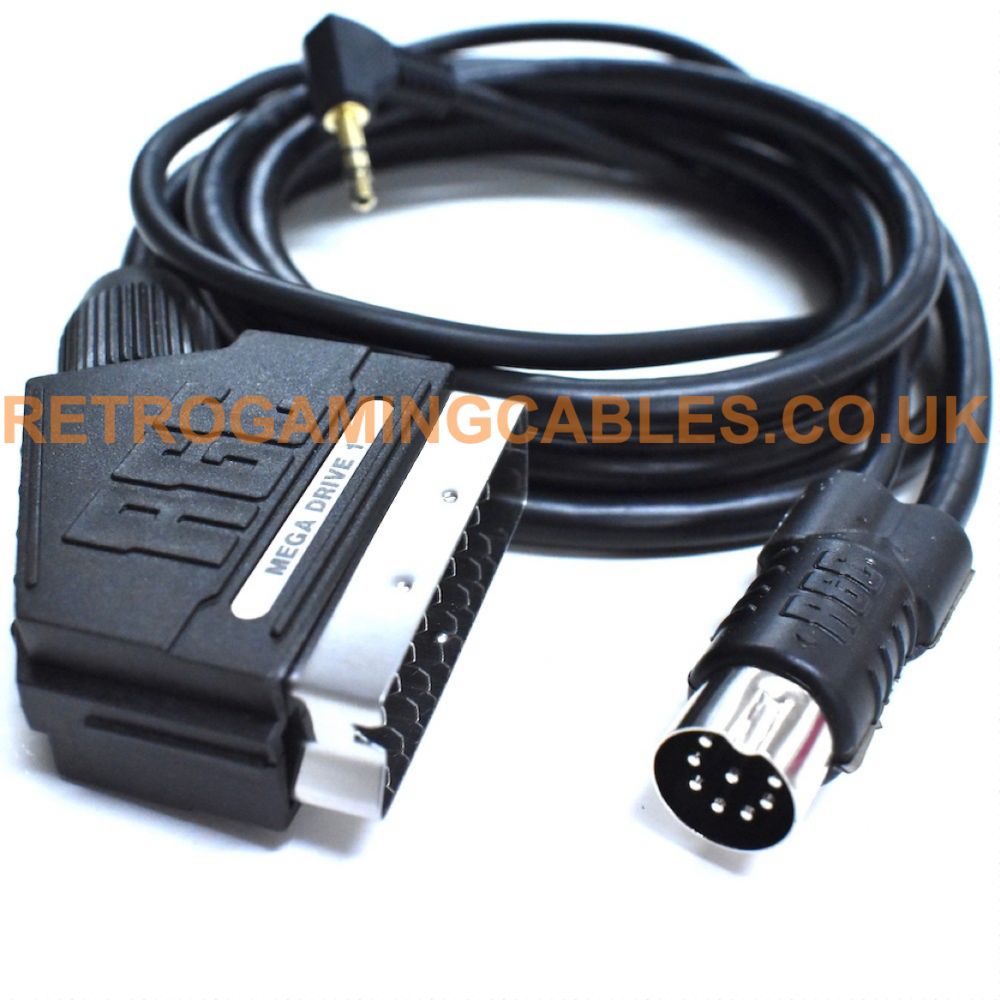 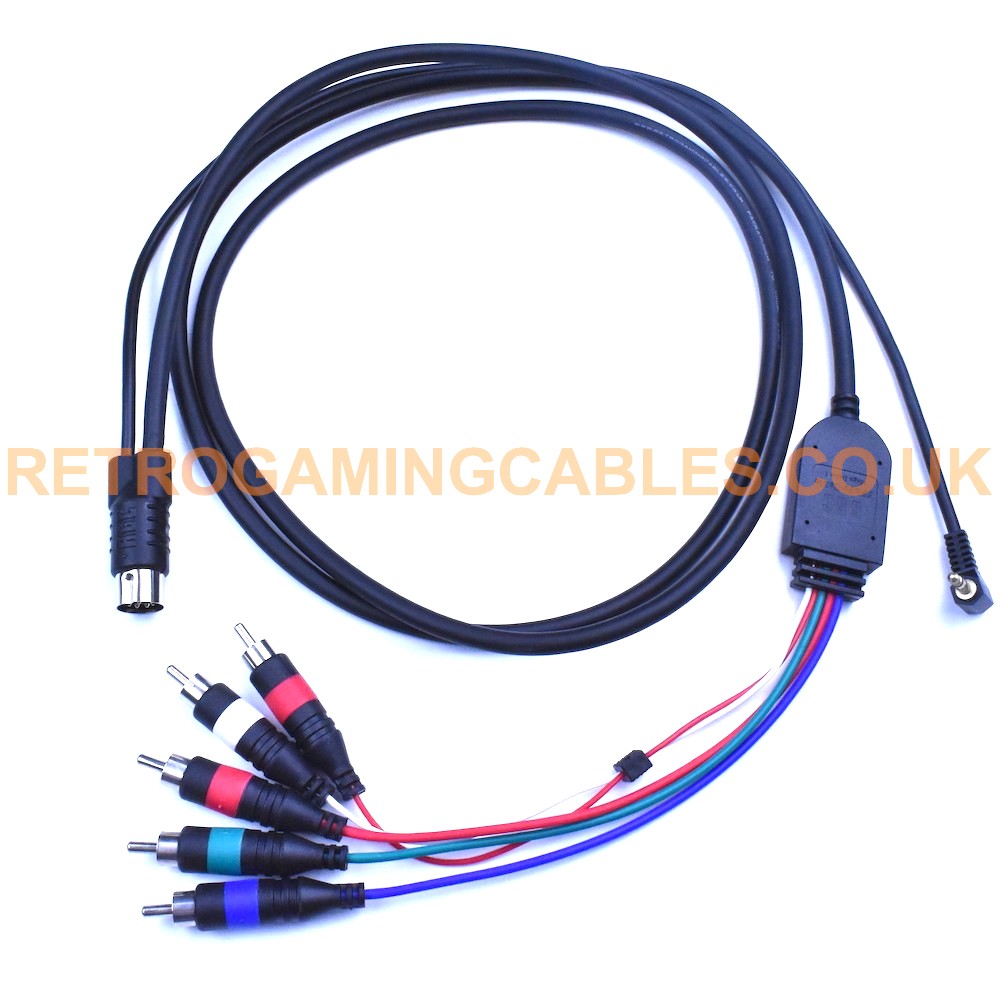 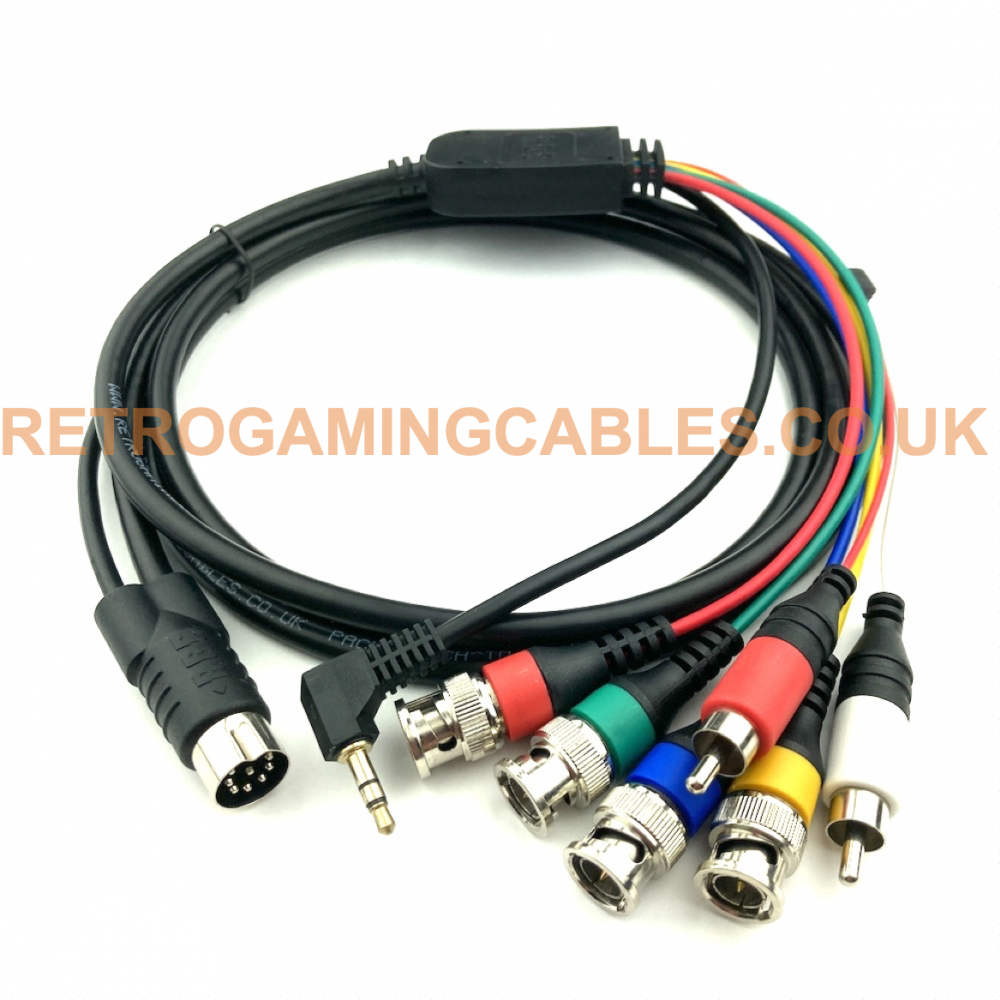 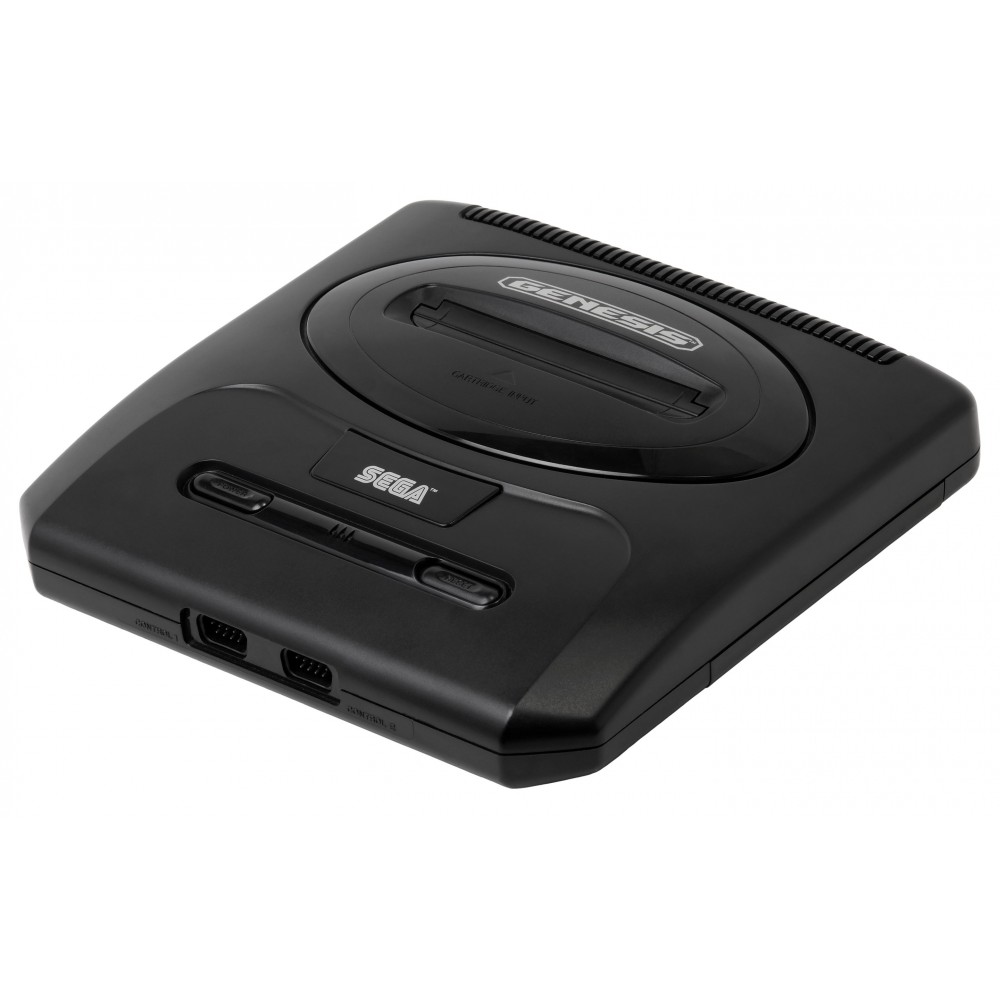 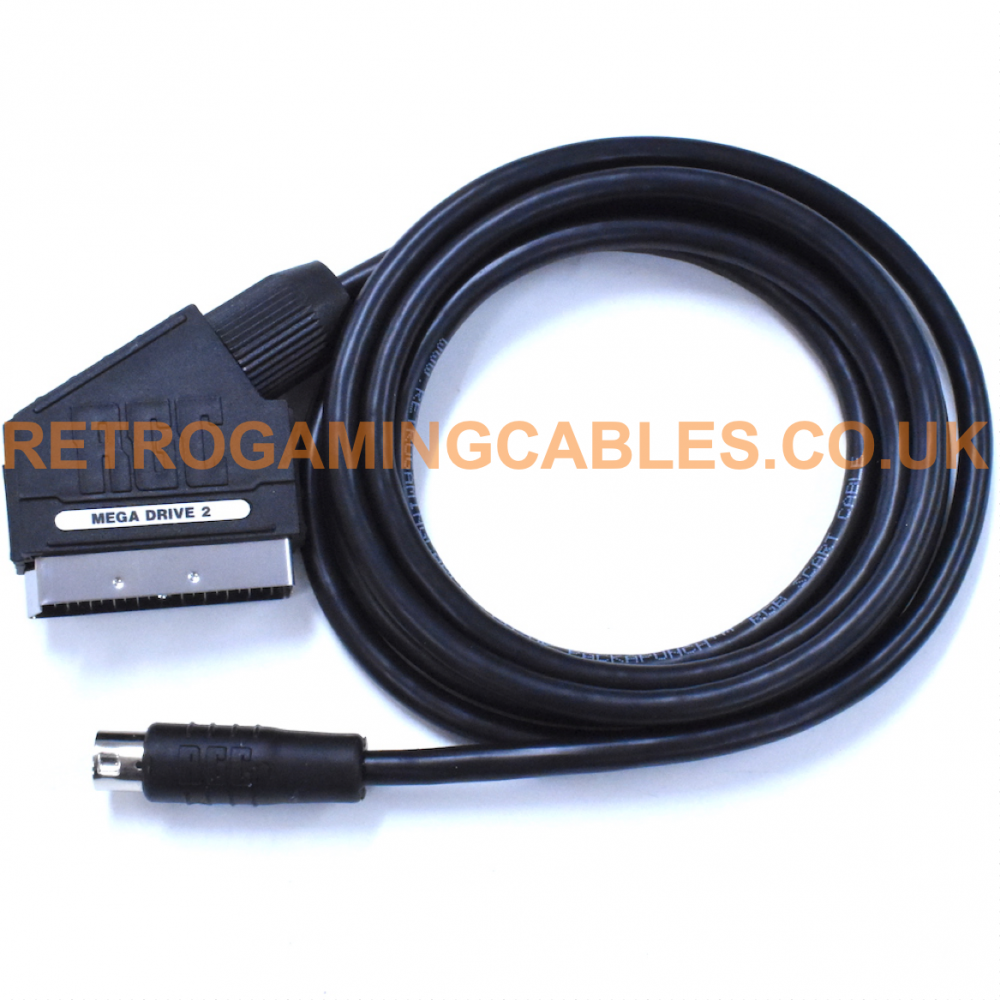 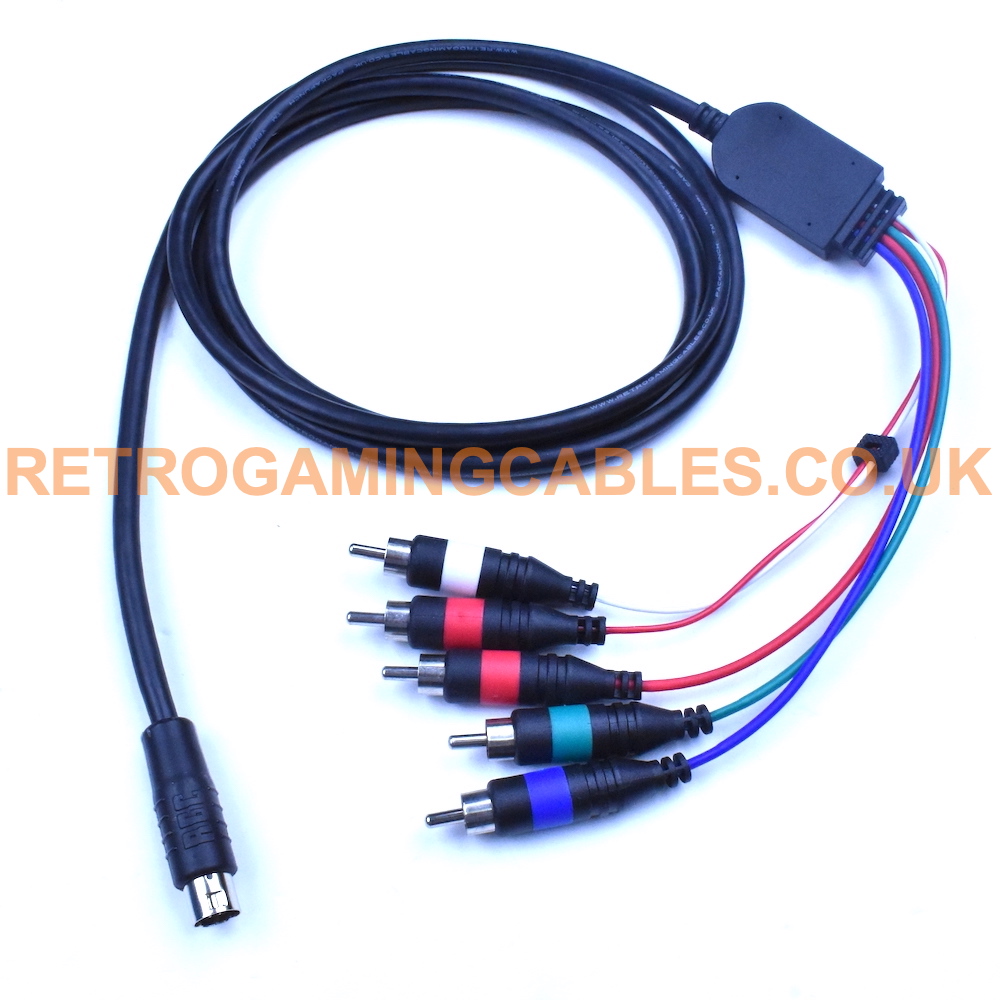 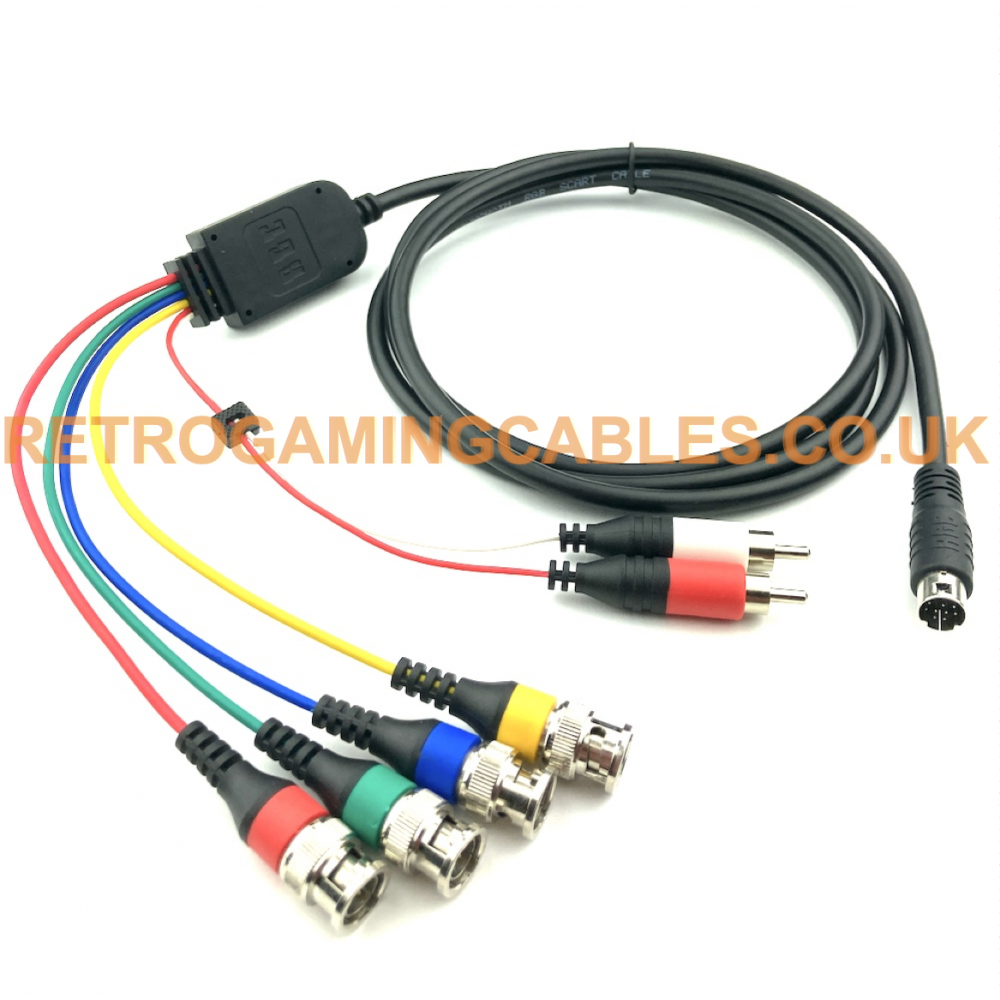 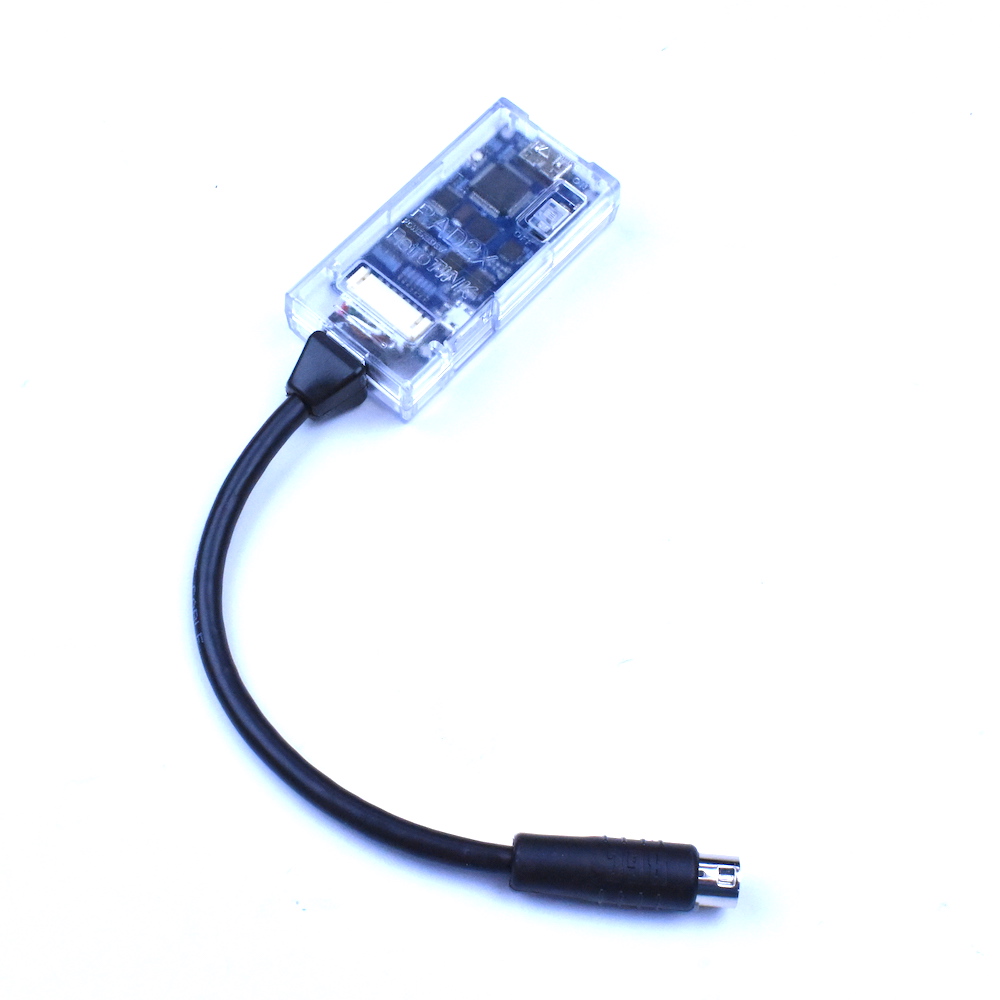 The Sega Saturn has a versatile AV output supporting composite video, S-Video and RGB video, with RGB being the best format. Official Sega and third party RGB SCART cables are wired for sync over composite video, however, as the Sega Saturn outputs S-Video the luminance part of the S-Video signal can be used as sync, as this luminance signal gives a cleaner sync output compared to sync over composite video, and is referred to as sync over luma. We sell a sync over luma RGB SCART cable for the Saturn which is compatible with both the PAL and NTSC consoles. We also offer an S-Video, component video and HDMI options for the Saturn. 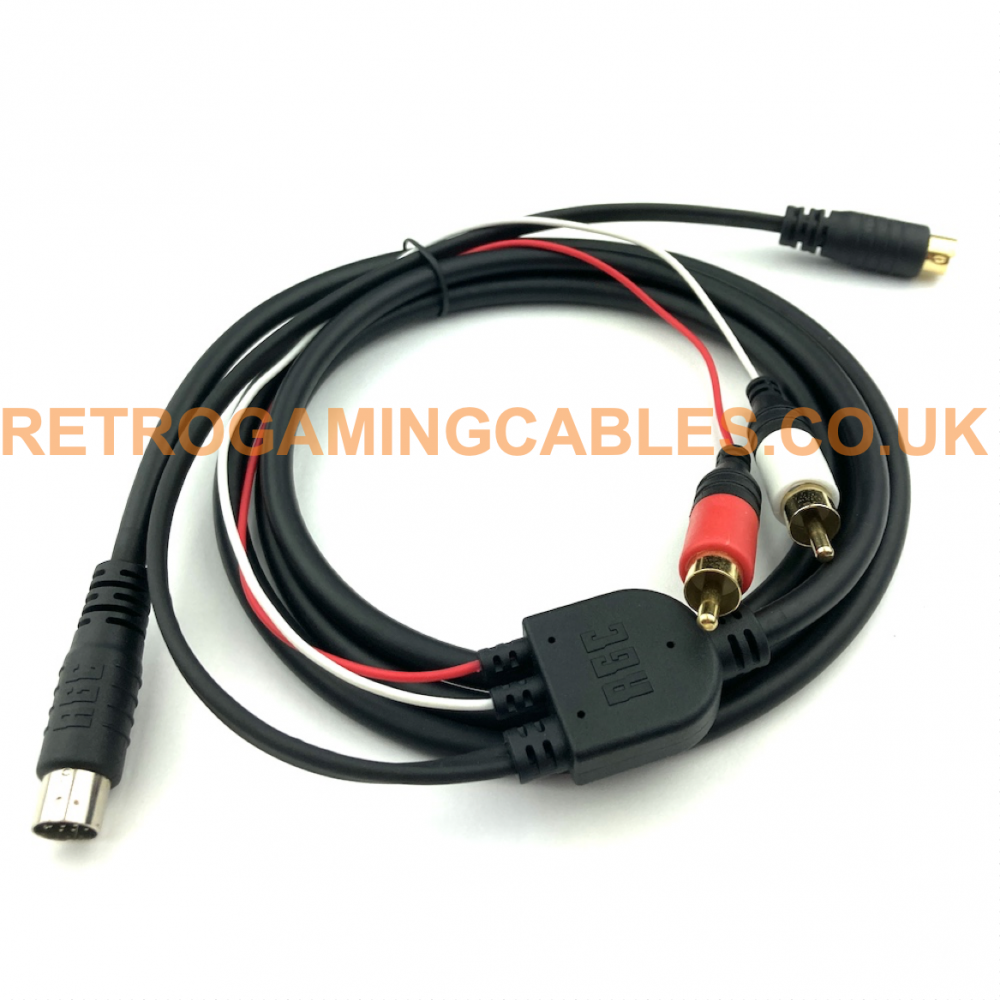 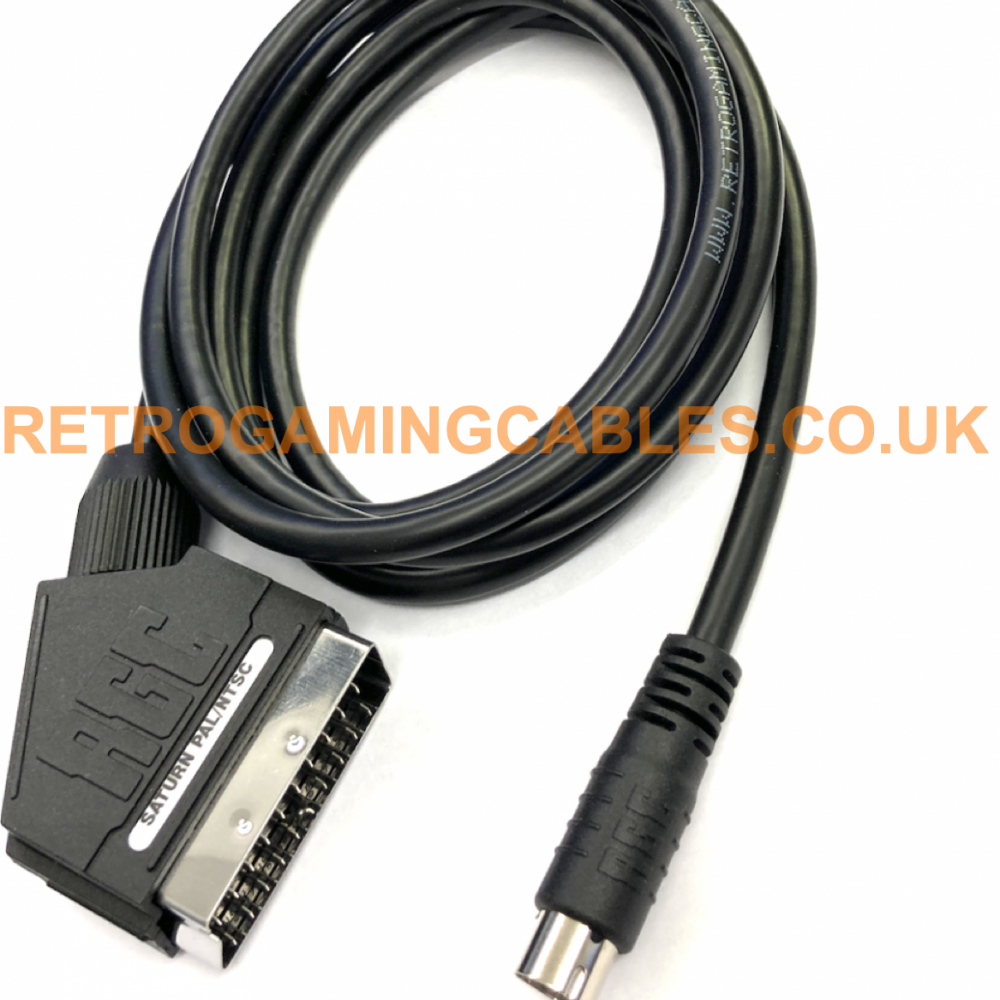 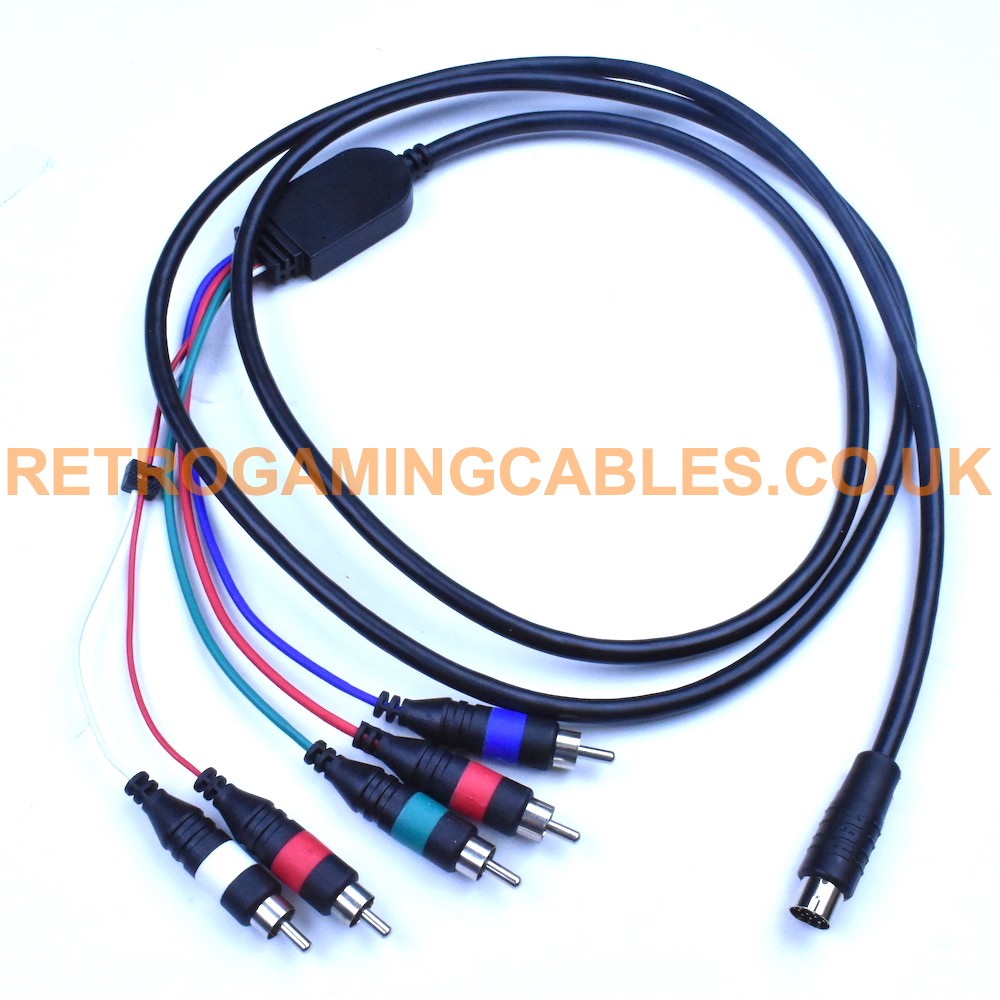 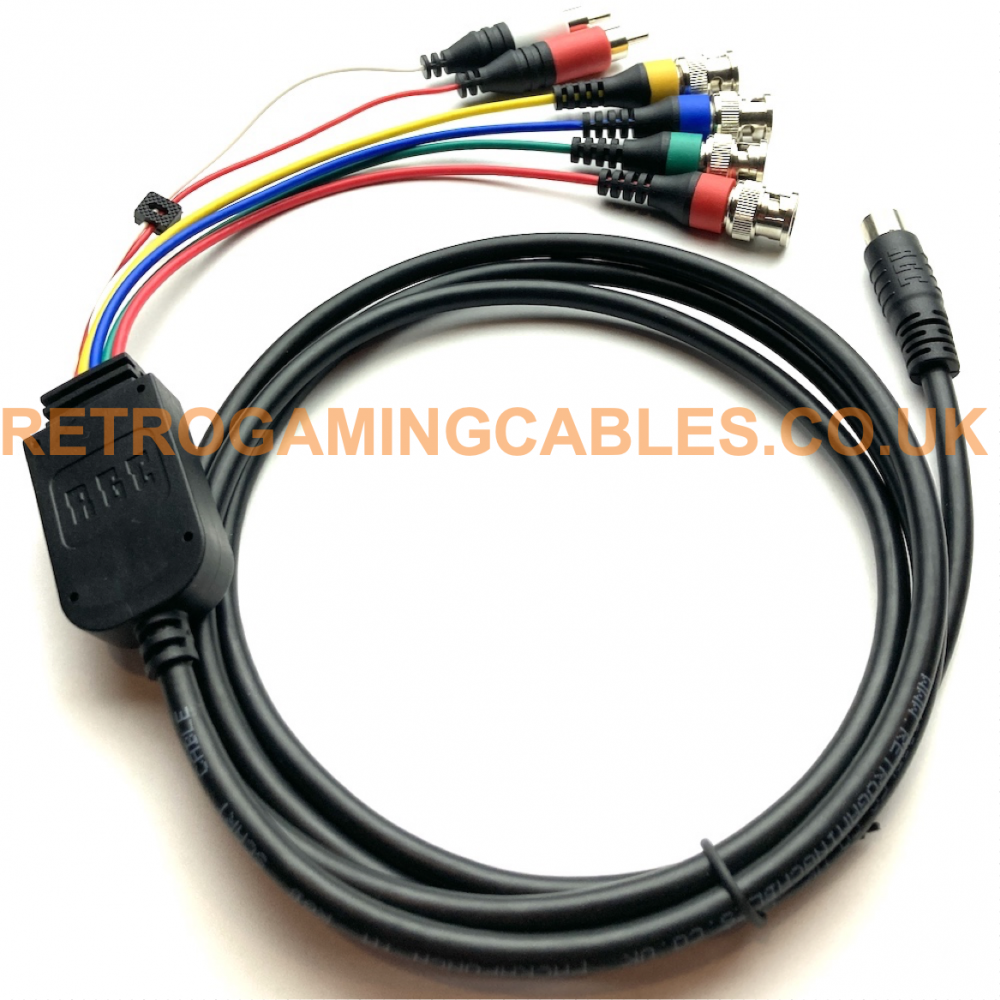 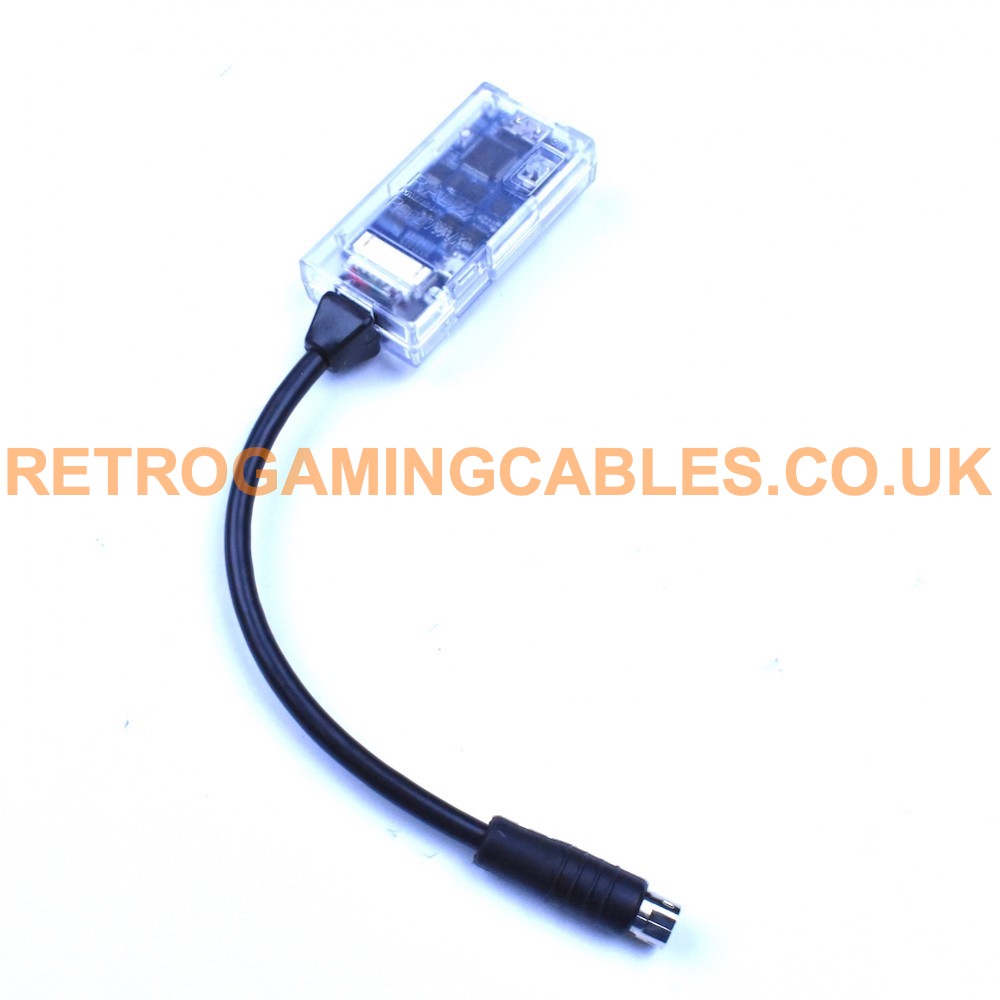 Being the final hardware release by Sega, the Dreamcast utilises a propriety 16 pin connector which supports, composite, s-video, RGB and VGA. This console also outputs CSYNC which can be used to create an excellent RGB picture. Also the VGA output can be used to make a 480p RGB SCART signal which is achieved by combining the separate horizontal and vertical sync signals which VGA uses. We are currently developing a SCART cable which combines these VGA sync signals to create a SCART cable capable of outputting 480p. This is for use on the Open Source Scan Converter (OSSC) and some monitors that accept progressive scan. We have also incorporated a switch into the cable allowing users to switch between interlaced for use on regular SCART equipment and also progressive scan for use on an OSSC. If you are interested in this cable you can follow our progress here and if you want to be informed on the release date please sign up to our newsletter.